The Intercom That Set The Standard
Sigtronics pioneered the voice activated intercom market in 1974 and continues to deliver value and performance today in the 4 or 6 place FAA TSO approved SPA-400 / SPA-600 intercom series. With fail safe features that allow pilots to always hear the radio even if the intercom is off, and radio priority that assures ATC only hears the crew member transmitting, the SPA intercom series is the standard by which all others are judged.

Individual Mic Bias Allows The Use of Different Brands of Headsets
General aviation headset microphones draw power from the intercom or radio mic line. Some poorly designed intercom systems hook all the headsets to one mic line so that all the headsets must share the same power. Because different headsets have different power requirements, one headset may draw just enough power to work but there may not be enough power left over for any of the other headsets to function. With this type of design two identical headsets will work most of the time but get different types and models then you will have a problem. The only way to fix this is to modify or replace the intercom system with one that uses separate mic input lines. All Sigtronics intercom systems use separate mic input lines and do not have this problem.

Compact Size
Choose either rectangular (horizontal or vertical) or circular faceplate mounting configuration to fit anywhere in the cockpit. With a compact 2.5" x 1" sized panel, the SPA system will easily fit in the tightest panels. All installation hardware including jack kit and pre-wired harness are included.

High Noise Environment N Series
The SPA-400N / SPA-600N FAA TSO approved High Noise Environment Intercom Series is designed specifically for experimental, ultralights, warbirds, helicopters, and other high noise aircraft. Push to intercom as well as voice activated intercom is available as desired. Tested by Sigtronics at ambient noise levels of between 115-120 decibels, the SPA-400N / SPA-600N outperformed all other intercoms on the market, panel mounted as well as portable. 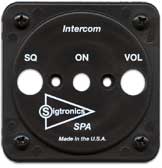 Full Stereo and Crew Isolate
Add full stereo capability and crew isolate to your existing SPA-400 / SPA-600 intercom installation with our RES-401 / RES-601 stereo retrofit systems. The RES system does not require removal of your existing intercom installation. The RES accepts input from a CD player, cassette player, AM / FM stereo receiver or Walkman. Music is muted when VHF / Comm is transmitting or receiving or when speaking on the intercom. Passengers can also be put on uninterrupted music if they desire. 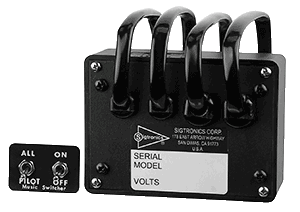